The decision to climb Mt. Kilimanjaro 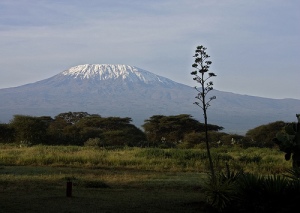 Three days ago I decided that I am going to climb Mt. Kilimanjaro. Next year. In August.

This is something I have wanted to do for a few years now. I don’t remember what it was  that first sparked the idea, but it’s been there ever since, stuck in the back of my mind.

END_OF_DOCUMENT_TOKEN_TO_BE_REPLACED

A car has been set alight in Wellington’s Cuba Mall this morning (UK time), according to the Stuff website.

The action was undertaken by a man protesting against  Fractional Reserve Banking. He has been taken into custody and charged with arson. He will appear in Wellington District Court on Monday.

Cuba Mall is a pedestrian zone and the man’s actions endangered the many people who were in the vicinity at the time, said police.

END_OF_DOCUMENT_TOKEN_TO_BE_REPLACED

Nicolas Kent on ‘The Riots’ at the Tricycle Theatre

The London Riots in August this year came as a shock to the nation, and made headlines around the world.

The government have chosen not to conduct a public inquiry into the incident that went on for four days, saw hundreds, if not thousands of shops smashed, burnt and looted.

In the wake of the government’s lack of inquiry, the Tricycle Theatre in Kilburn has mounted its own inquiry into what went on during those four days and have presented their findings in a theatrical format, ‘The Riots.’

END_OF_DOCUMENT_TOKEN_TO_BE_REPLACED

You are currently viewing the archives for November, 2011 at akiwiinlondon.